Cultivate Community: Management Beyond the Cubicles 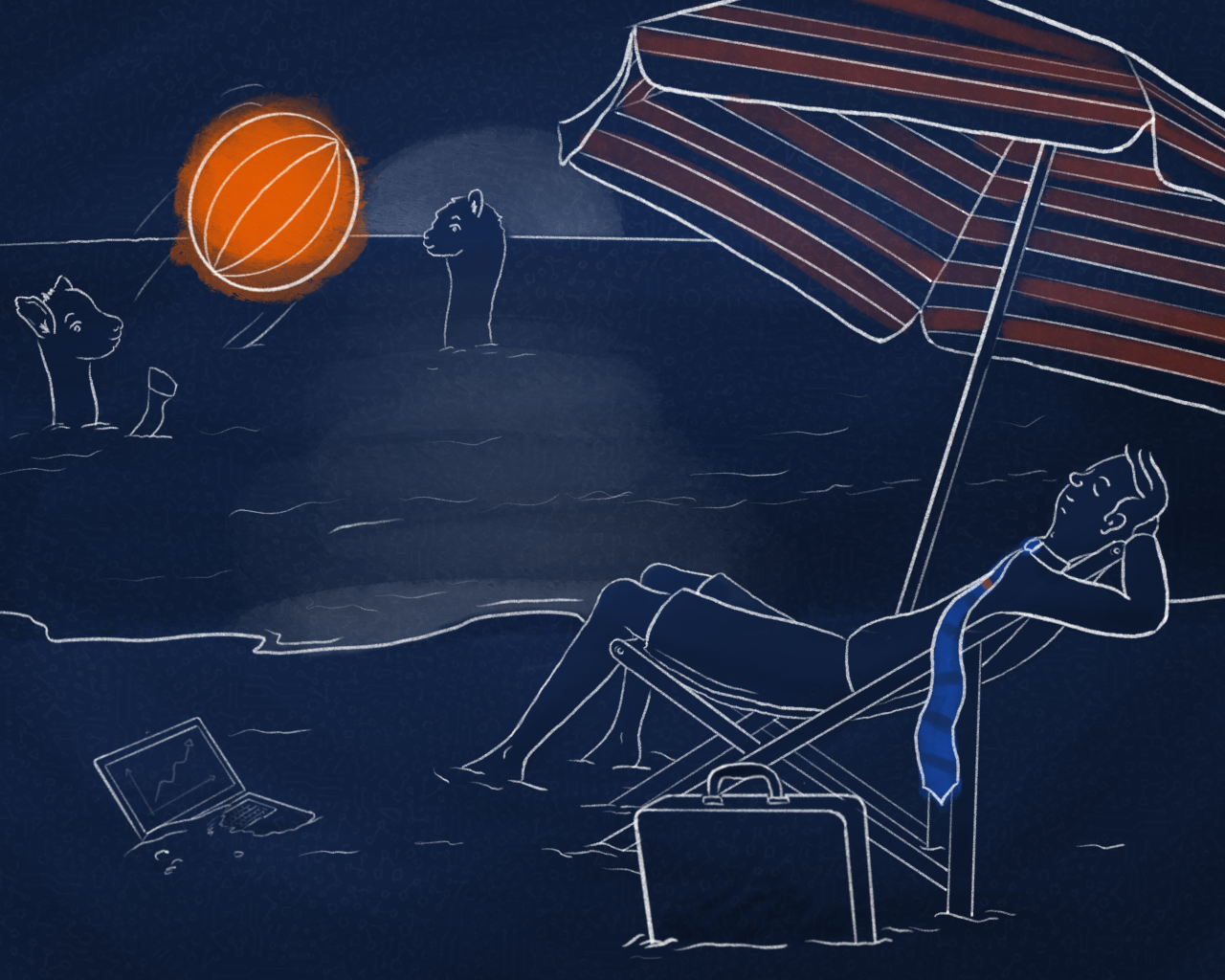 You don’t go on trips with your employees? You should.

The rocks are cold and angular underfoot, their sharpness heightened by your freezing soak in the snowmelt-turned-river. You trod out of the river to the shore, keenly aware of the hair-raising temperature difference between the water and the sand. You gingerly place a first step into the sand that’s stored up a summer’s worth of heat. Admitting defeat to the sand that feels like the surface of the sun, you hop from one stone to the next in an attempt to avoid burning the bottom of your feet.

Maneuvering downward, you sit on a shirt you had set down as a mat and gulp in the view. Your eyes adjust their focus and sweep the old evergreens on the other side of the river valley. In the middle of this picturesque scene are a few of your coworkers scrambling behind you up the bank you just conquered towards a nice backpack lunch that is miles away from any cell service or internet connection.

This is a company weekend trip. Much better than an unenthusiastic holiday party that obviously lacked planning, isn’t it?

Spending quality time with employees outside of work-related projects makes all the difference in the cohesiveness of a team. Think about it: if people like where they work because of the people they’re around and the things they get to do, they are more motivated to do great things.

One time, a friend of mine was beside himself with how to handle the lack of affinity between everyone in his office. He felt as though there was a chasm between him and the rest of his team. He’d tried to jump over it in the past, but had now resigned himself to this feeling. As he spoke about it, he pulled at his hair and slumped further into his chair. He thought that because he was the team’s manager he would never be able to integrate himself into the company’s social circles. Of course, I’ve had a lot of experience as a manager, so one of the pieces of advice I gave him was to find an enjoyable activity that could be turned into a company vacation so he could interact with his employees outside of the office space. This could be something really outdoorsy like a weekend-long whitewater rafting trip or something more laid-back like a winetasting trip or a brewery tour.

Upon first hearing the idea of a company vacation, many employers might laugh at the notion of paying for their employees to take time off together for a few days. But in fact, spending quality time with coworkers will make working more enjoyable during the tedious days of conference calls and number crunching; not only do vacations build up an appreciation for the people you’re working with, but they also develop more efficient communication between all of you. When people are jumping off rocks with their coworkers, ducking under haphazard trees with their manager, or strategizing for a game against the interns, they start associating good feelings with the company and the people they work with. In other words, people are happier and care more about the organization, which in turn means that they perform better on the job.

Maybe, like me, you feel like you need those personal connections in the workplace to live a balanced life and enjoy coming into work each day. Pretty much everyone does. Even if a company vacation might sound crazy at first, it pays off in the long run. The real challenge is getting people on board with the concept in the first place.

Before pitching the idea, you need to lay the groundwork. For example, a young manager wanted to go on a ski trip with coworkers and have his company pay for it. He began working towards this goal by seeing who had an initial interest in skiing, by taking mental notes of the people who were interested in hanging out with each other outside of the office, and by talking about how fun such a trip might be. By the time he officially brought up the idea to his boss, everyone knew that the request was coming and most people were already on board. The pitch wasn’t a surprise; people were already looking forward to packing into a condo with the possibility of getting snowed in and the promise of groomed slopes. Thinking about it made them excited that there would be a clear time when they would be able to take a break from the monotony of routine workdays.

When I decided to implement a company-wide trip to the mountains for my own business, it took some time to get my employees excited about heading out to a remote cabin together. In one-on-one conversations, I told people how much fun my family and I have tromping through the forest and splashing up the river. In meetings with my business partners, I demonstrated that a trip into the mountains would not only support our company values of learning and efficiency but also be a way to help refresh our minds and foster an environment of open communication.

During meetings, I talked to people who failed to see what such a trip could offer. They saw it as time that was being snatched out of their normal lives to spend with coworkers they didn’t know well. Their first instinct was to think of this as a semi-mandatory activity that the company was asking them to attend. I don’t think they all believed that the trip would help them on their road to achieving their personal SMART goals or creating an environment at work that would be more enjoyable. However, because I had already built up trust with my employees, once I explained why I was recommending this trip and responded to their concerns, they became willing to give the trip a shot. They knew I understood how to have a good time and even if having no shower or being miles from the nearest settlement sounded discomforting, the draw of a sky filled with stars and dirt paths curving through the forested home of the wild called to them.

Once my employees understood how the trip could impact their work lives, they respected my big-picture perspective on the situation and supported the idea. Then, when the people who went on the trip came back already excited and planning for the next one, more people were drawn in and more people wanted to come. Everyone returned, telling their friends and family about the fun trip they “got to take” with their company. After they came back, there was a visible change at the office: the community that formed on the trip started doing more joking, laughing, smiling, group lunches, and simply enjoying their work environment.

This cycle of community-building experiences in conjunction with daily office interactions is a great way to support a cohesive, well-meshed environment. If there’s a lack of support behind the idea, try to think of innovative ways to convince your coworkers that your idea is worthwhile and sell them on it.