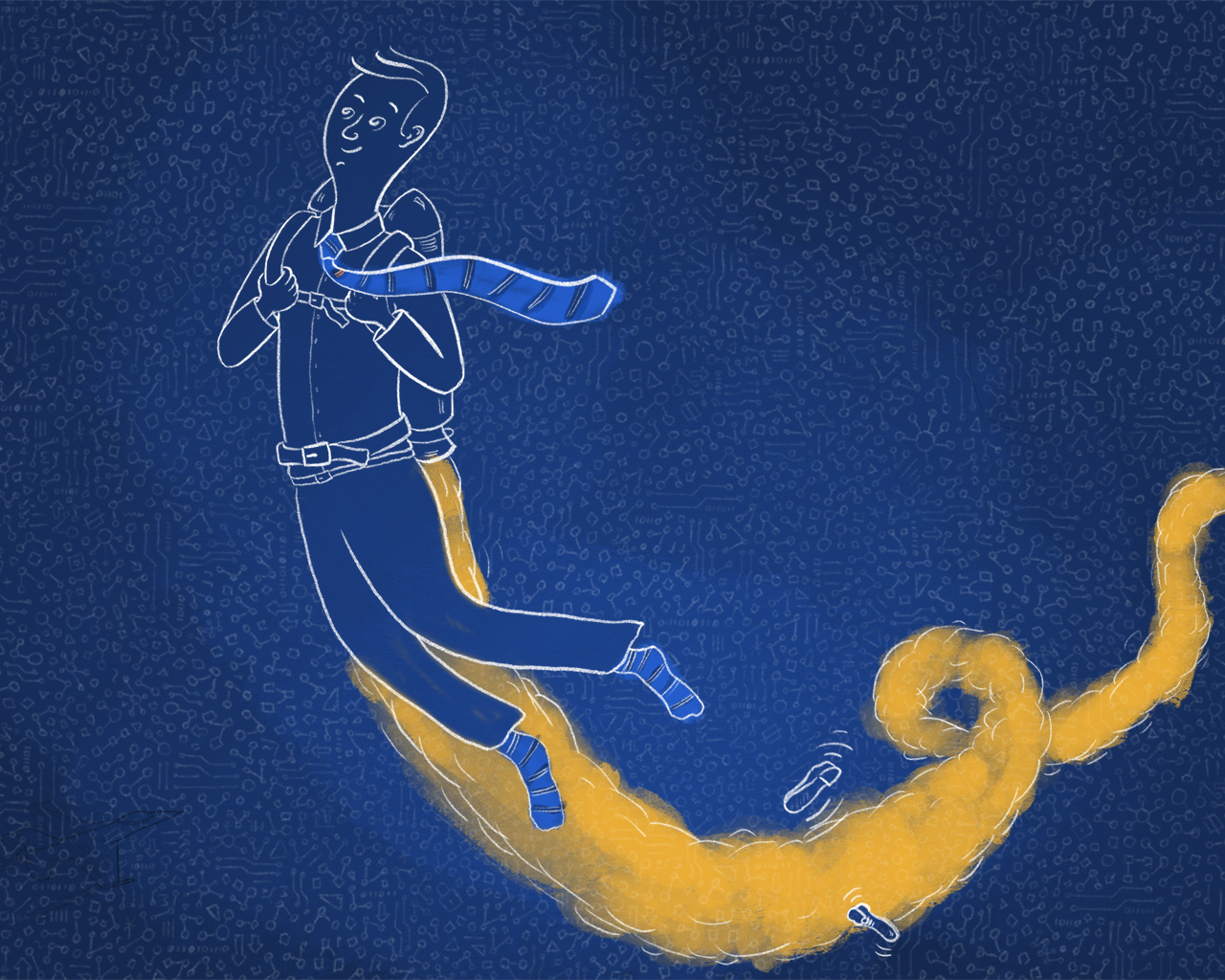 Despite today’s political factions, we can all agree on one thing: infants should not rule countries. There’s a reason England and France had a hard time when Henry VI was first declared king, and that reason is that he was nine months old. If anyone should have been ready for management right out of the womb, it was him.

Being responsible for people is challenging and doing that job well is even harder. You’re not in charge of a country, but you do lead others at work. No one suddenly becomes the Best Manager Ever ™ the moment they get promoted, just like no one is born a fully capable adult. Like all skills, being a good manager comes from putting in hard work, learning from mistakes, and always having growth in mind.

When reflecting on my own career as a manager, I recall many of the adages that I’ve heard thrown around about managers: “natural-born leader” and “leadership is in their blood” were often tossed out with little thought. Yes, an individual might inherently have leadership instincts, but that doesn’t mean they’re prepared to march out of the conference room and right into their new corner office. Leading people involves learning by observation; unfortunately, people usually follow the example of several mentors to create a hodgepodge leadership style rather than getting a step by step guide on how to lead well. The toddler that follows in their parents’ footsteps, after all, is just training to be like the powerful being guiding it forward so that they can one day walk with tall confidence instead of clinging to couches and coffee tables.

After spending some time in my memories, I concluded that I spent my early professional years learning what not to do as a manager. I saw bosses treating employees as if they weren’t people, just machines; asking loaded questions and then turning answers into topics of conflict; lying to get buy-in; gossiping behind employees’ backs; and ignoring employees until it was time for performance reviews. In short, I saw bosses, not true leaders (I say the word “boss” to elicit all of the word’s negative connotations and none of the positives).

With these countless examples of bad leadership, I took careful note of how I would lead my own team, just as any child growing up notices the ways their parents could have dealt with issues better and then vows not to make those same mistakes with their own kids.

The challenge with approaching the answer to good leadership using this strategy though was that I still did not have a playbook of how to manage; Ionly had a playbook on how not to manage. How could I treat people better if I didn’t have any good role models?

Luckily, I experienced different types of managers who exhibited good leadership as I was moving forward in my career. These managers metaphorically plucked stuffed animals from my arms so they could hand me pens and paper. They walked me through the complexities of operating in the world beyond my current scope while demonstrating the empathy and accountability of good managers. I also grew from ongoing professional experiences that allowed me to lead people from diverse walks of life. The feedback from vastly different personalities, ages, and cultures not only helped me become a more thoughtful manager, but also a more considerate person in my personal life. I even took classes that focused on situational aspects of leadership. Though this provided me with a solid foundation of management skills, it in no way prepared me for the often unpredictable and ever-evolving paths ahead. That was something I would have to learn through trial and error — one bike crash after another.

As time went on, I received my hall monitor badge and was finally able to help other people. The challenge was that I became responsible for teams far larger than what I had originally expected. This responsibility was a new level of challenge for me and, as a result, I often found myself gravitating solely towards the most impactful members of the team and those who were fighting the most fires, thus requiring my help. That left a group of individuals who intermittently didn’t receive the attention they truly deserved and thus missed out on frequent check-ins, sincere praise, and motivational levers of appreciation — all of which are key manager and employee interactions.

It became apparent that with so much unpredictability taking place in any given week, I needed to utilize the tools I had at my disposal to stay organized and handle my everyday responsibilities. The guidance of previous leaders had showed me that note-taking apps, checklists, and desktop/mobile calendar syncs were all useful apparatuses to help keep me on track, but these processes were manual and time consuming.

The result of going through all the manual processes was that I still allowed critical tasks to tumble into the deep, festering splits in the floor boards that I tried not to think about, but needed to jump and backflip over like a game of hot lava in order to avoid catastrophe. Once, for example, after having to cancel a one-on-one meeting to focus on solving an urgent problem, I didn’t reschedule that meeting for over a month. Upon finally sitting down for that meeting, the employee felt dejected. He let me know that he didn’t feel as though our meetings were a priority for me and — more importantly — that he wasn’t a priority.

I had allowed my employee to fall into the dark place between the cracks and now that I was trying to reach down and pull him out, it seemed like I may have been too late.

While it wasn’t my intention to make him feel this way, it was a huge miss nonetheless and taught me a major lesson: leadership isn’t just about making sure all the mundane office tasks are accomplished.

With this realization, I was able to begin managing more effectively. I made and maintained a goal for myself of fostering meaningful and thoughtful relationships with each member of my team on top of my everyday duties and meeting with employees to discuss performance. This meant ensuring that I knew who each person was — what made them laugh, what their passions in life were, what they did with their free time — who they were beyond the name on the spreadsheet. This is the same work that ManageLabs does (giving managers prompts to get to know their employees in a personal way that will result in reduced turnover as well as happy and productive employees), but because I didn’t have this tool, I was challenged by being more than just a boss for my team. The entire journey turned me from someone struggling to balance the needs of their people, their duty, and the hours in a day, to someone who could calmly and confidently accept the responsibility that had been passed down to them. It elevated me to be a leader of people.